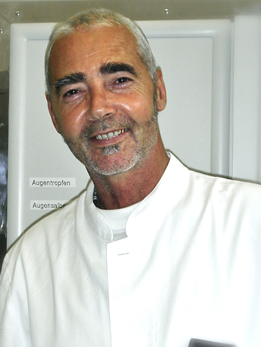 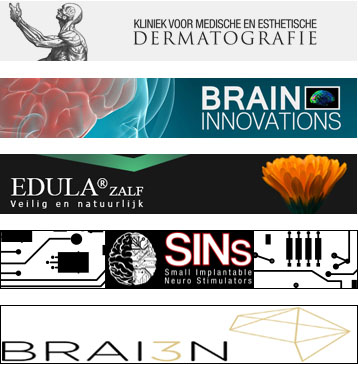 Descendant of a famous Dutch family of art painters (e.g. Jacob van der Velde 1521, Jan van den Velden 1568, Esaias van de Velde 1590) and medical doctors, dating back to the 15th century. Coming from this family and being encouraged by my father and family it seemed a logical step to try and find some unifying factor between the plastic arts and medicine. Being an art painter by profession, with a special interest in the art of medicine and history, I set out to investigate the field of medical tattooing and its applications.

Van der Velden has performed over 53.000 dermatography and over 6.500 keratography treatments since 1980. He has been practicing and conducting research of the applications of dermatography in several medical disciplines, at departments of cranio-oral-maxillo- and facial surgery, plastic and reconstructive surgery, ophthalmology, dermatology, oncology and urology in several hospitals (see below), and recently at the Brain Research consortium for Advanced Interdisciplinary & Innoative Neuromudulation. Antwerpen-Dunedin School of Medicine, University of Otago, New Zealand (BRAI²N)p, where he is performing studies on new therapeutical applications of dermatography.

Additionally, Van der Velden commenced training ophthalmologists in 1996 to treat leucoma cornea patients by means of keratography (medical eye tattooing). This procedure enables the often young patients to get rid of the stigmatizing effect of a discoloured cornea, thus enabling them to resume a decent existence in their society. At present between 75 and 125 keratography treatments are performed anually, with the Van der Velden Foundation providing the necessary medical supplies.